Stephen Wilson is a mixed-media artist best known for his artistic exploration of the intersections between traditional craft and contemporary culture through blended use of handicraft techniques with modern technologies and pop iconography. Wilson’s style fuses influences from the Arts & Crafts and Decorative movements with modern and pop artists like Robert Rauschenberg and Andy Warhol. Stemming from a background in embroidery design and technology, Wilson creates and digitizes designs that are then machine-embroidered and finished with mixed-media hand processes including found-object assemblage and painting.  High fashion influences are prevalent in his work, expressed through use of designer-branded packaging and luxury fabrics - Hermès silk, Chanel wool, limited-edition Gucci boxes. His redefinition of textile and embroidery-based art forms evokes questions regarding luxury consumerism and high-low art distinctions.

The balance between art, craft, and fashion noticeably prevalent throughout Wilson’s work is largely informed by his own personal history. A longtime career in the fashion and commercial embroidery industries is reflected in his unique medium, reinforced by a studio location in Charlotte, North Carolina, a former mill-town and textiles hub. Now pursuing art as a full-time career, Wilson is represented by major galleries across the US, including Art Angels, Roman Fine Art, DTR Modern Galleries (NY, Boston, DC, Palm Beach) and New Gallery of Modern Art. Wilson’s work has been acquired by international collections in Japan, Bulgaria, Italy, and Mexico, in addition to private and public collections throughout the United States. He has exhibited work publicly in diverse locales from the Lincoln Center in New York City to Catch Restaurant in Los Angeles. 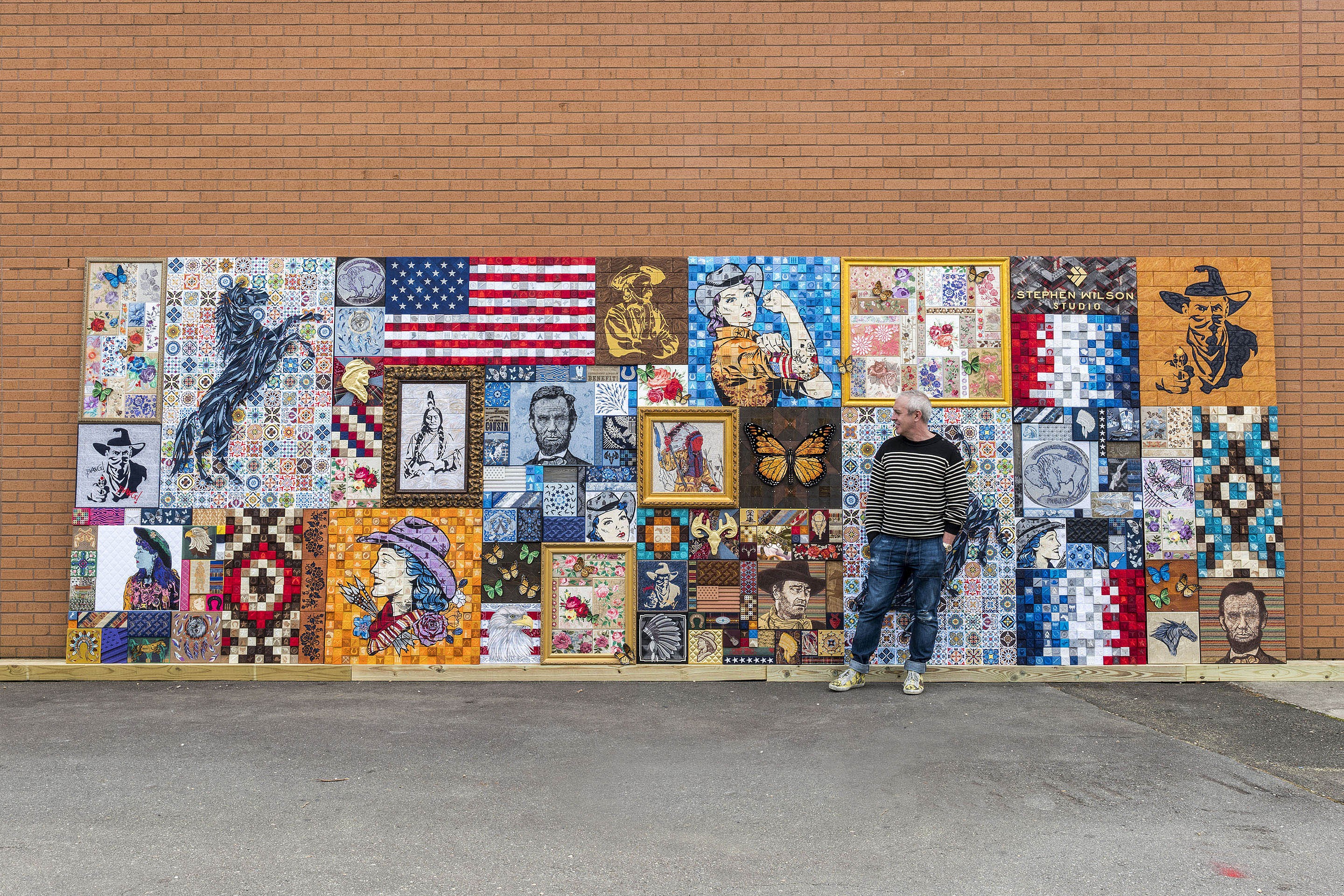